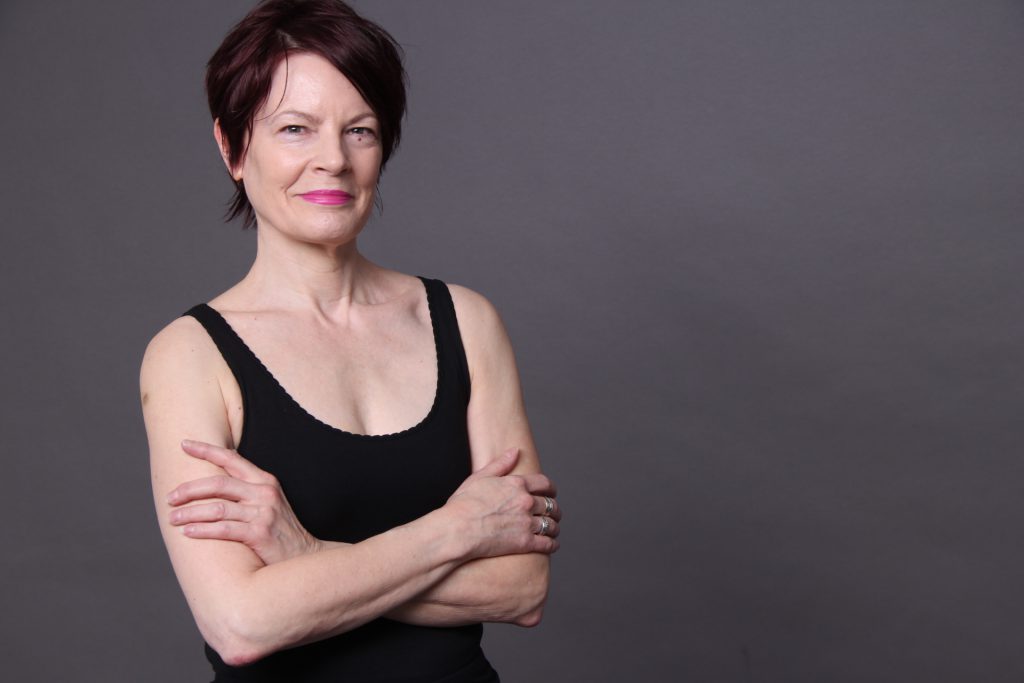 Alexandra Wells is the Senior Director of Training and Company Advisor for Gibney, Founder and Artistic Director of Springboard Danse Montréal and the Creator of IMAGE TECH for dancers™. From 2017 – 2020 served as the Director of Artist Training at Hubbard Street Dance Chicago. Under her direction, Hubbard Street Professional Program (HS Pro) responded to the needs of dancers entering the current job market. By curating relevant methodologies, techniques, and mentors, HS Pro connected emerging artists to leaders in the field who empowered them to become advocates within an evolving landscape.

Alexandra is a mentor to many emerging and established artists in the field. Additionally, she serves on the Artistic Advisory Council for MOVE|NYC|, and is the Artist Curator and an Honorary Board Member of The Legacy Project – celebrating the work of the iconic Canadian artist and choreographer Margie Gillis.

Alexandra was a full-time faculty member and rehearsal director at The Juilliard School for 18 years. She was also the Concept & Artistic Director of the Movement Invention Project from its inception through 2017. She was on faculty at SUNY Purchase College, served as the Interim Director of l’École Supérieure de Danse du Québec, and was the Rehearsal Director for Ballet Hispanico following a long international performance career. As Principal dancer of the Ballet National de Nancy, Ms. Wells toured the world and formed lasting partnerships with the late Rudolf Nureyev and Patrick Dupont.

These teachers are certified to teach full IMAGE TECH for dancers™ classes. 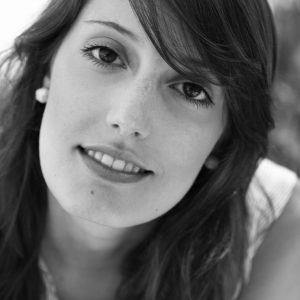 Jenni Gordon, a freelance movement artist and educator, received a BFA in Dance from Purchase College. Jenni is a member of chuthis., a contemporary dance company under the direction of choreographer Peter Chu. A passionate educator, Jenni serves as Education Program Director for chuthis. in addition to guest teaching throughout the country. 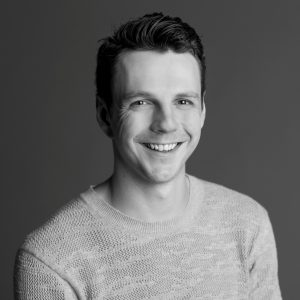 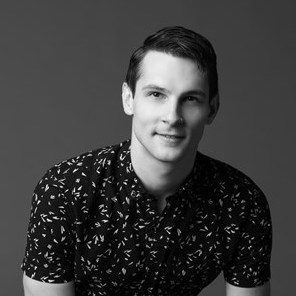 Craig Black earned his BFA from The Juilliard School in 2011. He danced for Aspen Santa Fe Ballet before joining Hubbard Street Dance Chicago in 2017. Craig has been awarded the 2010 Princess Grace Award in Dance. Beyond performing, Craig is a passionate teacher and has taught nationally and internationally. 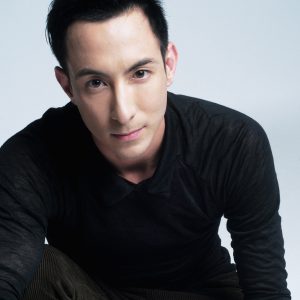 Born in the Bronx, NY, & raised in Cocoa Beach, Florida, Peter began his training at Dussich Dance Studio and later at The Juilliard School. In addition to an extensive performance career with BJM Danse, Kidd Pivot, and others, Peter is the Artistic Director & Choreographer of chuthis., a Las Vegas project-based dance company.

These teachers are certified to teach introductory level IMAGE TECH for dancers™ classes. 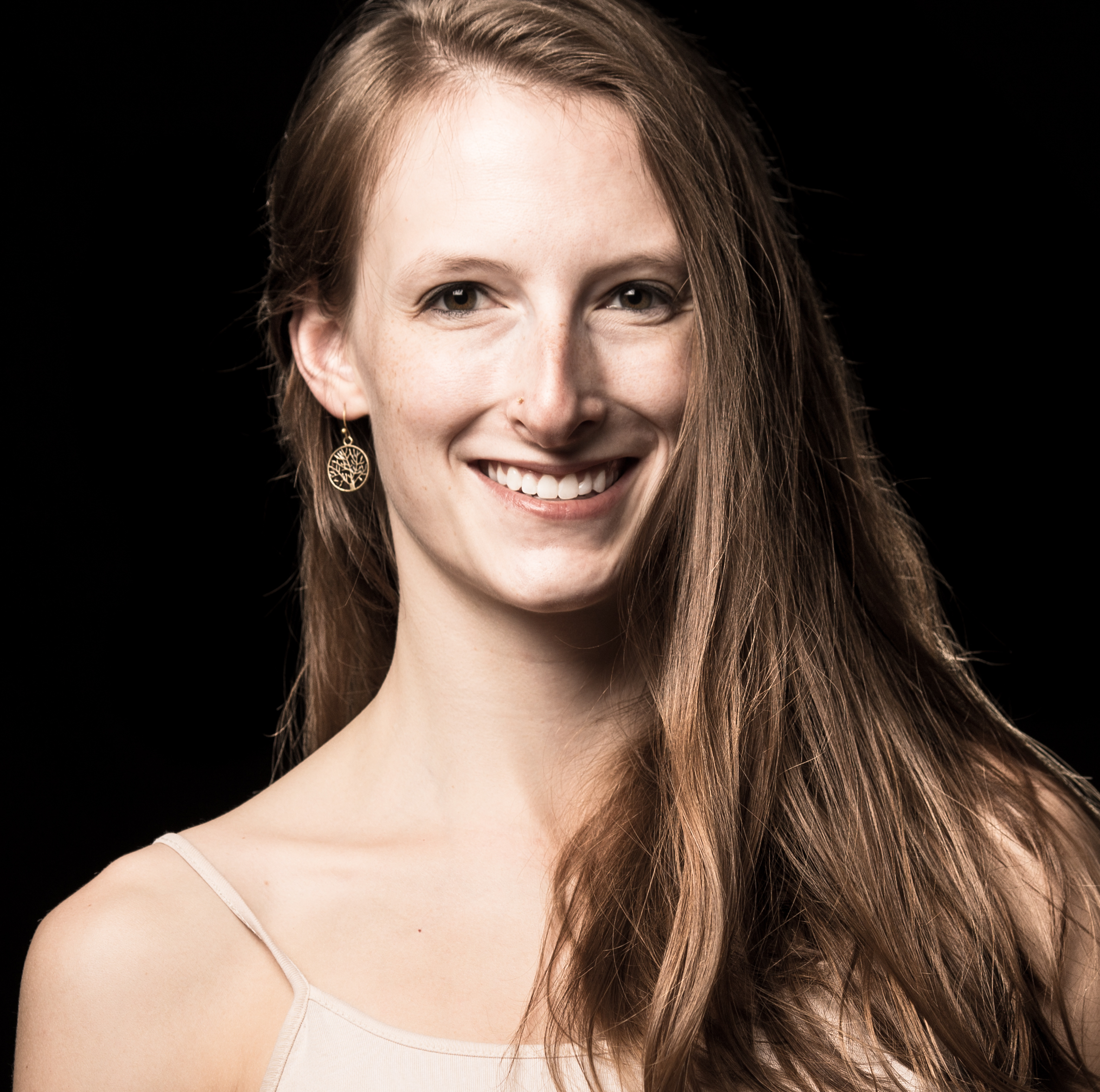 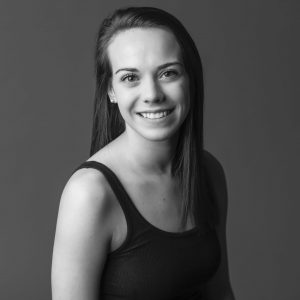 Rachel Ferring graduated from the Boston Conservatory with a BFA in Contemporary Dance in 2017. She then moved to Chicago, IL to train under Alexandra Wells at Hubbard Street’s Professional Program (HS Pro) for two years. She has performed in many site-specific improvisational scores curated by Kristina Isabelle. She spent the 2019/2020 Season as an apprentice with Hubbard Street Dance Chicago. 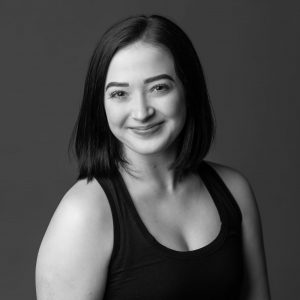 Rilee Nyborg has recently completed the Hubbard Street Professional Program, under the direction of Alexandra Wells. There she worked with multiple artists such as Gilbert Small, Adam Barruch, Peter Chu and many more. She’s also spent her summers at ChuThis Movement Intensive and Axis Connect. 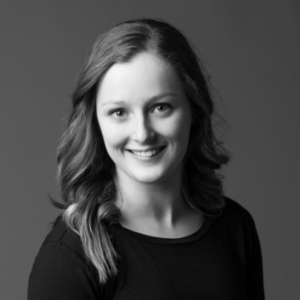 Jenni is honored to have been a member of chuthis., a contemporary dance company under the direction of choreographer Peter Chu, from the beginning. She also serves as an assistant on many of Chu’s teaching and choreographic endeavors, including commissions for Charlotte Ballet and Staatstheater Augsburg. Most recently, Jenni has staged Peter’s work on SALT Contemporary Dance Company, Marymount Manhattan College, University of Utah, Booker T. Washington HSPVA, and Charlotte Ballet’s Pre- Professional Program, among others. Jenni has also acted as assistant and rehearsal director for many of Peter’s recent creations, including pieces for Ballet Augsburg, Germany, Charlotte Ballet, Giordano Dance Chicago, and Charlotte Ballet II. Jenni is also very passionate about movement education; she serves as the Education Program Director for chuthis., and travels throughout the country as a guest educator. Highlights include SpringboardX | shift perspective, University of Utah, Brigham Young University, RDA’s National Choreography Intensive, & MIP2. Jenni lives in Austin, TX with her family. 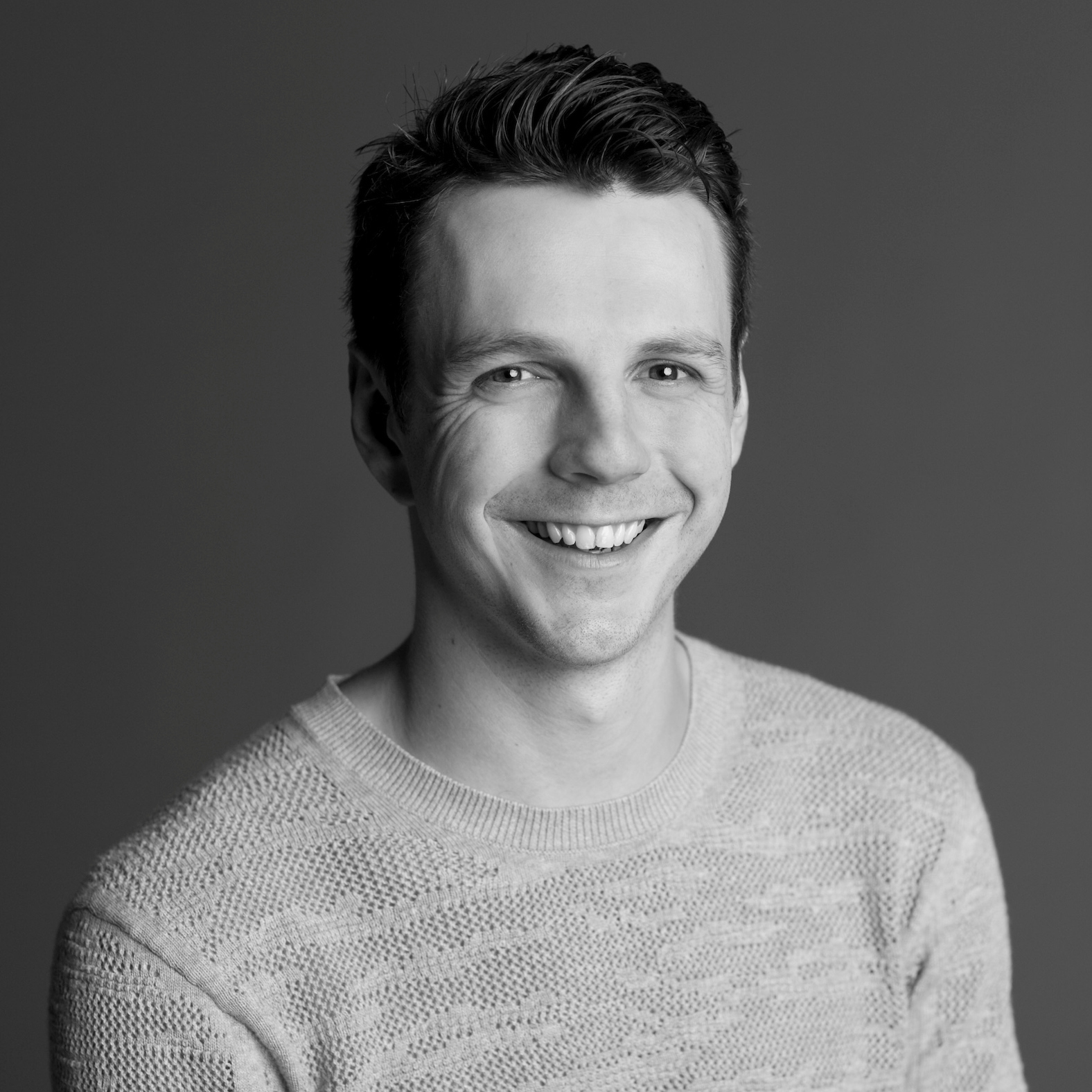 Kevin Shannon graduated from the Baltimore School for the Arts with additional training at the School of American Ballet, Miami City Ballet School, and Paul Taylor Dance Company. After earning his BFA from The Juilliard School, Kevin joined Hubbard Street Dance Chicago in 2007. As a professional dancer he has performed the works of Aszure Barton, William Forsythe, Crystal Pite, Robyn Mineko Williams, Jirí Kylián, Alejandro Cerrudo, Ohad Naharin, Kyle Abraham and Brian Brooks among many others. Beyond performing Kevin has led workshops in dance for Chicago Public School teachers, has taught for the Hubbard Street Youth Program, and has led the Intermediate/Advanced Hubbard Street Summer Intensive. Kevin has also been a guest faculty member for the former Hubbard Street Professional Program, under the direction of Alexandra Wells. He continues to teach master classes in dance throughout the United States as well as internationally. Kevin is currently a guest teacher for Hubbard Street Dance Chicago’s main company. 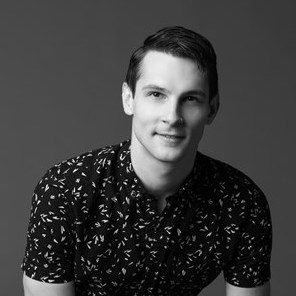 Craig Black began dancing at South Bay Dance Center at the age of ten. The California native was captain of his San Jose high school’s nationally ranked dance team. In 2011 Craig received his BFA from The Juilliard School where he was awarded the 2010 Princess Grace Award in Dance. He has received additional training at summer programs such as Springboard Danse Montréal, Nederlands Dans Theater Summer Intensive, and The School at Jacob’s Pillow where he was given the 2011 Lorna Strassler Award for Student Excellence. Craig joined Hubbard Street Dance Chicago in the fall of 2017 after finishing six seasons with the Aspen Santa Fe Ballet. He has had the pleasure of dancing works by Aszure Barton, Jirí Kylián, Jorma Elo, Cayetano Soto Ramirez, William Forsythe, Alejandro Cerrudo, Ohad Naharin, Crystal Pite, Robyn Mineko- Williams, Nacho Duato, Peter Chu, and Kyle Abraham along with many others. On top of his professional dance career, Craig is a passionate teacher. He has taught and choreographed for many schools and studios throughout the United States. In addition, Craig is guest faculty for Hubbard Street Dance Chicago main company, Hubbard Street Professional Program, Steps on Broadway, Peridance Center, New York City Dance Alliance and Dupree Dance. 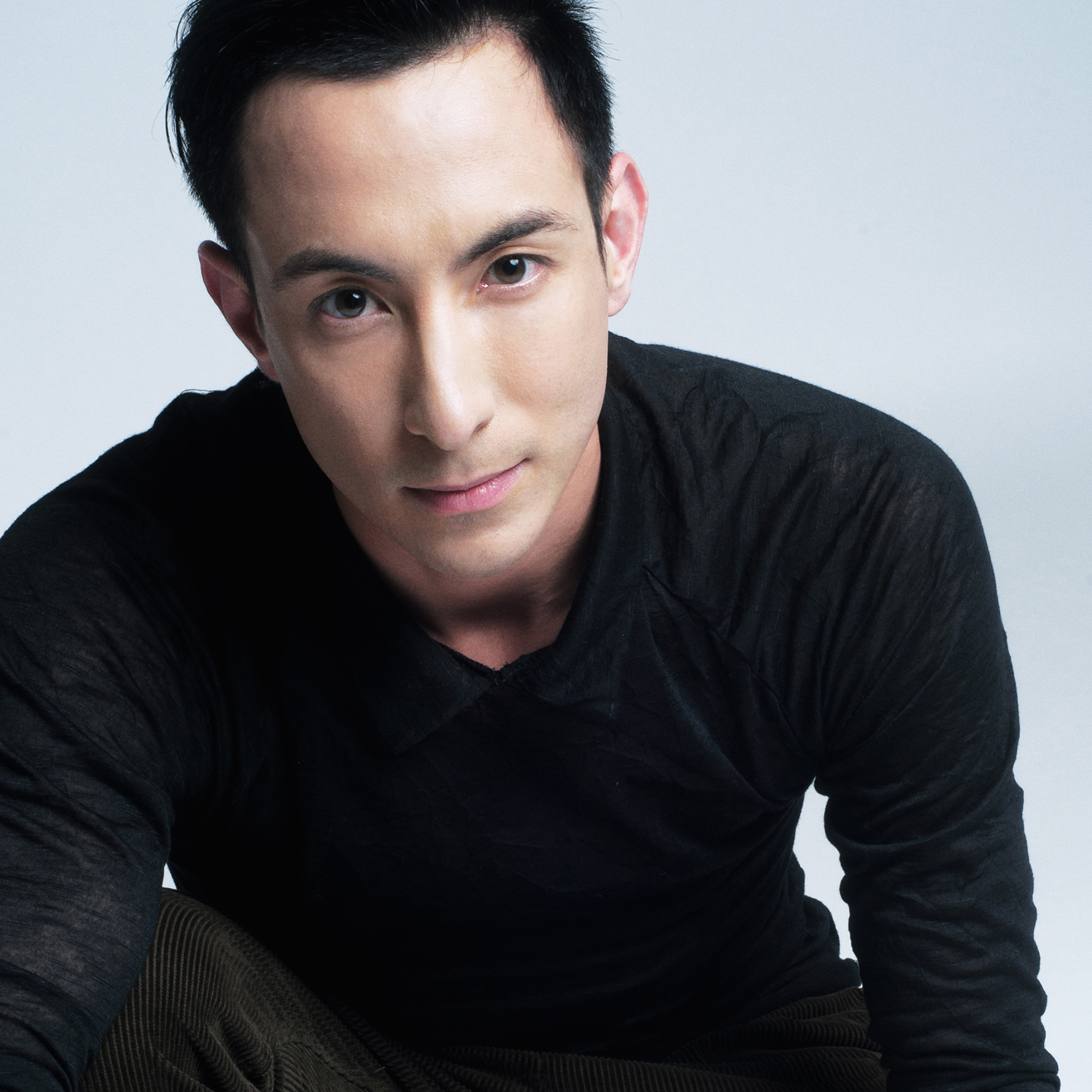 Born in the Bronx, NY, & raised in Cocoa Beach, Florida, Peter began his training as a competitive gymnast, later nurturing his artistry at Dussich Dance Studio. Upon graduation from The Juilliard School, he performed with BJM Danse, EZdanza, Aszure Barton & Artists, Kidd Pivot, & in Celine Dion’s Vegas spectacular, A New Day. Peter can be seen as the lead in Christina Perri’s Jar of Hearts music video.

Chu has been an honoured recipient of choreographic awards & commissions, including the Hector Zaraspe Prize, A.C.E. Capezio Award, & Hubbard Street
Dance International Commission Project. He was also named a Blodgett Distinguished Artist by Harvard University for 2018. Additionally, Chu has served as the Rehearsal Director for Nederlands Dans Theater 2, and as a Guest Rehearsal Director for NDT1.

This season, Chu premiered works for Giordano Dance Chicago & Gibney Dance Company, and choreographed for Cirque du Soleil’s Vitori in Malta. He will also premiere a creation for Paul Taylor Dance Company, and develop a new work with his own company, chuthis.

Lauren is also involved in arts administration. In 2018, she became the Communications Associate for Springboard Danse Montréal. She is the Event Coordinator for the SpringboardX workshop series. She has been the Development Coordinator for Aerial Dance Chicago since 2017, writing grants for the company and assisting with strategic planning.  She teaches dance and aerial arts to all ages throughout the Chicagoland area. Lauren has a passion for exploring Chicago’s various social dance communities. 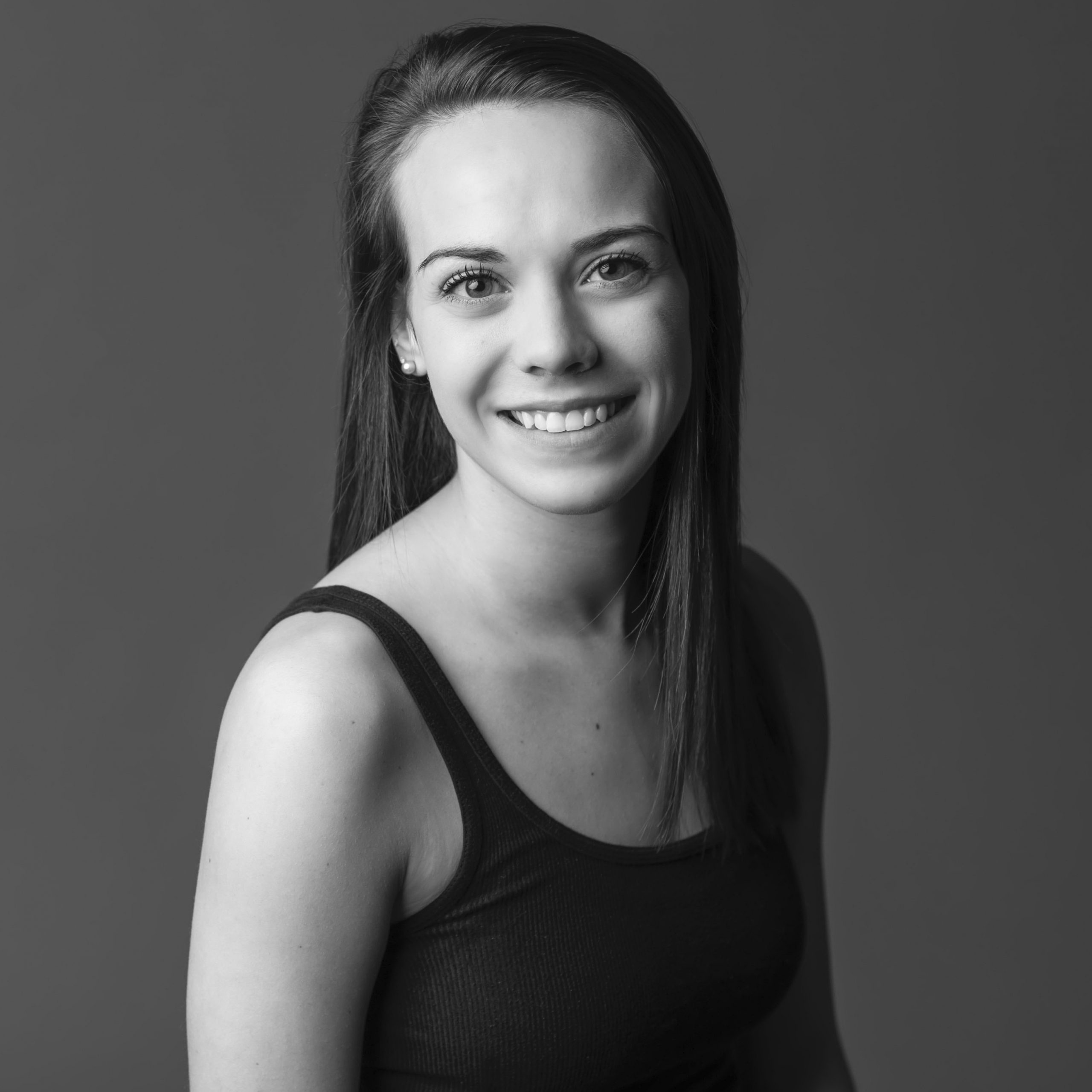 Rachel Ferring, originally from Dayton, Ohio, graduated summa cum laude from the Boston Conservatory in 2017. During her time at the Conservatory, she was fortunate enough to perform works by Aszure Barton, Brian Brooks, Doug Varone, Dwight Rhoden, Shapiro & Smith, Zoe Scofield, and Sidra Bell to name a few. Upon graduating from college, she spent two years training under the tutelage of Alexandra Wells as a part of the first class of Hubbard Street’s Professional Program (HS Pro). Here she was humbled to work with artists and choreographers such as Jonathon Alsberry, Adam Barruch, Peter Chu, Davide Di Pretoro, Anna Lucaciu, Elia Mrak, Jenna Pollack, and Troy Ogilvie among many others. During her time at HS Pro, she performed with Hubbard Street in their 2018 Winter Series “Danc(e)Volve” in Rena Butler’s work, III. Third, as well as Butler and Florian Lochner’s joint piece, Common Thread. Additionally, she has performed in site-specific improvisational scores curated by Kristina Isabelle as a part of Isabelle’s company, Michigan City Moves. In June 2019 she attended Springboard Danse Montreal where she performed an excerpt of Crystal Pite’s Betroffinheit in addition to Kate Hilliard’s 9 Ways. Rachel spent the 2019/2020 season as an apprentice with Hubbard Street Dance Chicago and was fortunate to perform excerpts of Ohad Naharin’s Decadance, Peter Chu’s Space In Perspective: A Virtual Experience, and Robyn Mineko Williams Undercover Episode 018: Home Video. Since the virtual times of COVID-19, she has been meeting on zoom with Alexandra Wells and her fabulous Image Tech team to begin the process of becoming a certified IMAGE TECH for dancers teacher. 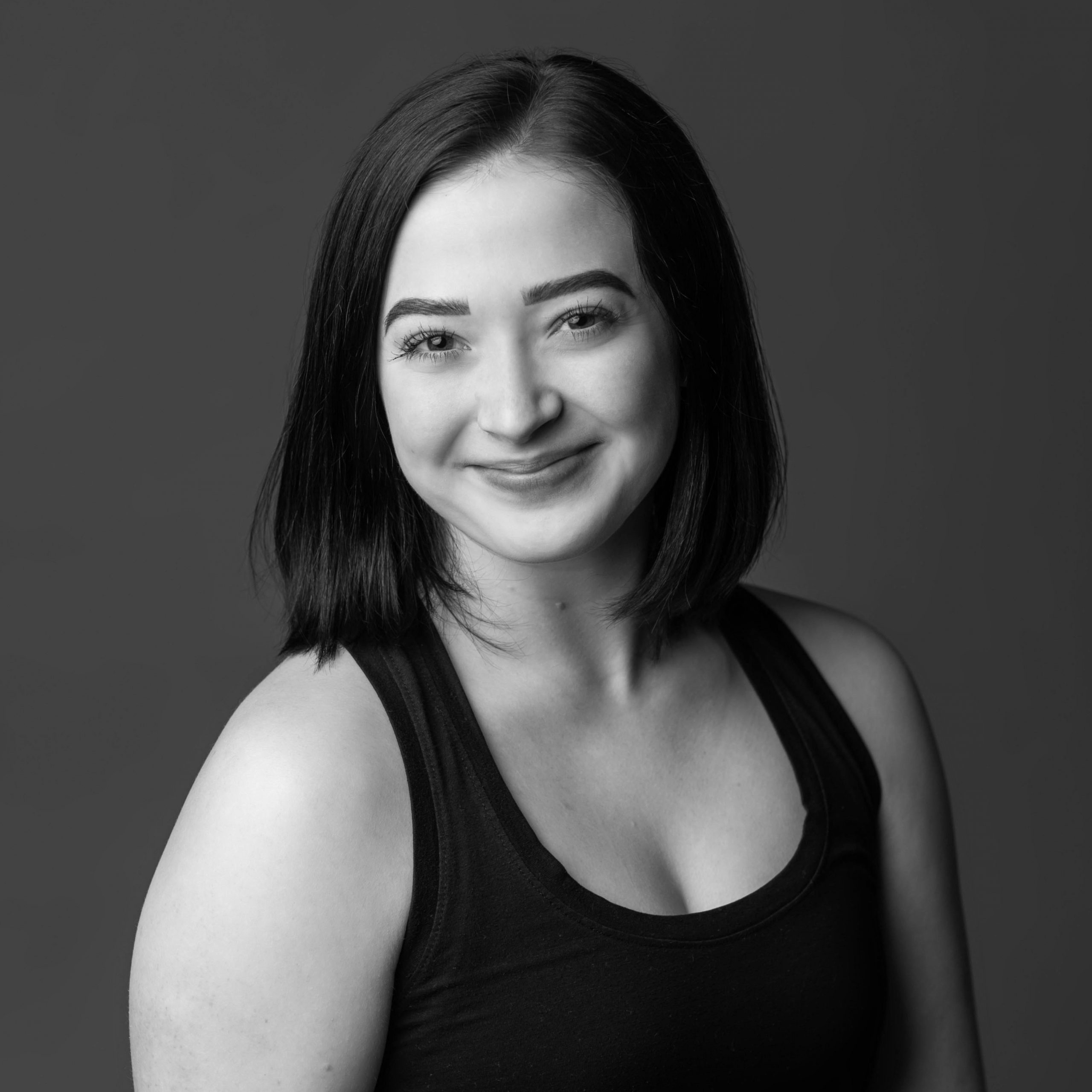 Rilee Nyborg (Las Vegas, NV) trained and competed with Bunker Dance Center and attended Las Vegas Academy of the Arts as a Dance Major. Upon graduating in 2018, Rilee moved to Chicago to join the Hubbard Street Professional Program where she continued her education under the direction and mentorship of Alexandra Wells. There, Rilee has worked with artists such as Jonathan Alsberry, Peter Chu, David Norsworthy, Adam Barruch, Ryan Mason, Gilbert Small, and has workshopped repertoire by Crystal Pite, Ohad Naharin, Alejandro Cerrudo, and many more. She has also supplemented her training with summers at ChuThis Movement Intensive and Axis Connect. Rilee is excited for the future of Image Tech and the impact it can have on up-and-coming artists in the dance community. 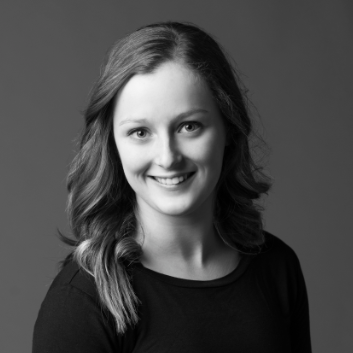